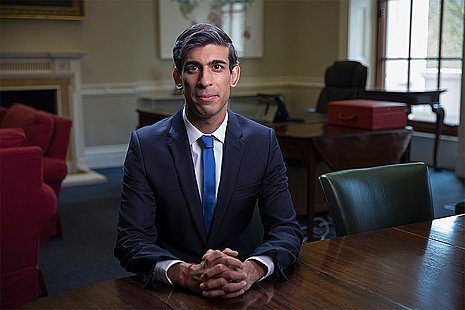 On Wednesday 3rd March 2021 Rishi Sunak, Chancellor the Exchequer delivered his second budget in the House of Commons. The budget March 2021 covered Coronavirus, Jobs and Livelihoods, Public Finances, Investment-led Recovery, and the UK Regions. A summary and more information can be seen at the gov.uk website here.

Interestingly the word budget comes from an old French word ‘bougette’ meaning little bag. It was customary to bring the statement on financial policy to the House of Commons in a leather bag. The modern equivalent of the bag is the red despatch box or Budget box.

The key aspects of the Budget were:

Before we sumamrise the key budget points, it is worth looking at the Chancellor and his background. Especially his meteoric rise in politics.

Born in Southampton in 1980, Rishi is 40 years old and the grandson of Hindu immigrants from East Africa. His father was a GP and his mother a pharmacist who ran a local chemist.

Rishi studied Philosophy, Politics and Economics at Lincoln College, Oxford graduating in 2001. In 2006 Rishi obtained an MBA from Stanford University, California. Rishi values the sacrifices his parents made to ensure his education.

His working life includes working as an analyst for Goldman Sachs between 2001 and 2004. Rishi has also worked for hedge fund management firms and his fathers-in-law investment firm.

Rishi is married with 2 children and met his wife, whilst at Stanford University. His wife is the daughter of an Indian billionaire businessman (the cofounder of Infosys).

He became the MP for Richmond in North Yorkshire in May 2015 following William Hague’s departure. Richmond is one of the safest Conservatives seats. It has been held by the Conservative party for more than 100 years. Rishi held the seat in the 2017 and 2019 general elections. He retained the seat with a strong majority and percentage share of the vote.

He was appointed Chief Secretary to the Treasury in July 2019 and was subsequently appointed Chancellor of the Exchequer in February 2020. This was following Savid Javid’s resignation during a cabinet reshuffle. Rishi was a Brexit supporter in Theresa May’s government and a supporter of Boris Johnsons leadership of the Conservative party.

Savid Javid had resigned as Chancellor stating the terms set by Boris Johnson were unacceptable to him. Javid told the Press Association that “no self-respecting minister would accept those terms”. Rishi was a rising star favoured by Boris Johnson as a loyalist.

Following his appointment Rishi delivered his first budget on the 11th March 2020. This included measures to mitigate the economic impact of the Covid-19 pandemic. Further measures were taken throughout the following 12 months, most notably:

In November 2020, whilst the UK was still in the grip of the Coronavirus pandemic a Guardian investigation established that Rishi Sunak had failed to declare his wife’s and her family’s multimillion pound portfolio of shareholding and directorships in the official register of minister’s interests.

As a cabinet minister, Rishi Sunak is bound by the ministerial code to declare any financial interests relevant to his responsibilities which could conflict with his duty to the public. This includes the interests of his close family which might give rise to a conflict. Infosys, co-founded by his father-in-law and of which his wife is a shareholder, is a contractor to the UK Government and publicly funded organisations.

We can see from Rishi Sunak’s background he had a good education and supportive parents who valued their children’s education. He has been very successful in his education, his financial career, and his political career.

Much of the budget had been disclosed prior to the budget announcement through various press leaks. In his opening remarks Rishi said the coronavirus pandemic had “fundamentally altered our way of life” and caused acute damage to the economy. 700,000 jobs had been lost, GDP had fallen more than 9% and government borrowing was at its highest level in peacetime, peaking at £355 billion.

It could be argued that, had the government taken the emerging threat of coronavirus more seriously at an earlier stage, then perhaps the impact on the economy would have been less severe and the impact on public health significantly reduced. The coronavirus pandemic was always going to have an economic and public health impact and that was unavoidable, but government mismanagement compounded this. See my coronavirus pandemic article from April 2020 here.

The impacts on the economy and public health in 2020/21 were disastrous in every measure and the only notable success has been the NHS rollout of the vaccination program. Mixed messages, a lack of clarity, breaches of trust and confidence, mismanagement and lack of leadership all led to this. The root of these problems’ date back to 2010, with austerity measures and include Jeremy Hunt’s time as Health Secretary from September 2012 to July 2018.

The Chancellor was balancing optimism with reality stating that the Office for Budget Responsibility (OBR) were predicting a swifter recovery and the economy returning to pre-COVID-19 levels six months earlier than forecast, the middle of 2022. Unemployment would also be lower than predicted at 6.5% rather than 11.9%. The optimism and reality were it is going to be bad, but not as bad as we had thought. Fingers crossed on the vaccination program and effectiveness against Covid-19 variants in that case. We cannot rely on the £22 billion and counting world beating Serco Test Track and Trace system.

The main points of the budget March 2021 are covered below.

The CJRS which was due to end in March has been extended to the end of September. Furloughed employees will continue to receive 80% of their pay up to the £2,500 limit with employers an increasing contribution of 10% in July and 20% from August.

From April 2021 restart grants will be available to help businesses reopen. Grants of up to £6,000 for non-essential retail premises and up to £18,000 for hospitality businesses and gyms.

From April 2021 a recovery loan scheme will be available with businesses able to apply for loans between £25,000 and £10,000,000 with the Government guaranteeing 80% of the loan. The scheme will be open to all businesses including those who have already received support from Covid loan schemes.

CT will rise from 19% to 25% in April 2023 but with a reduced rate of 19% for smaller businesses with profits of less than £50,000. The full rate of 25% will only be payable on profits above £250,000 with tapering between these levels. Approximately 70% of companies will be unaffected by the changes to CT.

The super deduction was described by the Chancellor as the biggest business tax cut in modern history. From 1st April 2021 to 31st March 2023 the super deduction allows a company buying equipment to reduce their taxable profits by 130% of the cost that equipment.

The CGT allowances will remain at the same level until 2026.

To prevent abuse of the research and development tax relief, this will be capped at £20,000 plus three times the companies total PAYE and NC liability.

A new VAT Deferral Payment Scheme is available for all businesses who used the VAT deferral scheme in 2020. The deferred VAT can be repaid in up to 11 equal installments rather than one lump sum at the 31st March 2021.

The reduce 5% VAT rate for the hospitality and tourism sector was extended until the end of September following which a tapered rate of 12.5% will apply until March 2022. The standard rate of 20% will apply from April 2022.

What was Excluded from the Budget March 2021?

Whilst praising the NHS for the vaccine rollout there was no mention of funding for the health service.

Currently a hot topic is a pay rise for NHS staff who were repeatedly clapped for their efforts, bravery, and unselfish dedication. I could not begin to image how they worked in those circumstances over the past 12 months.

A 1% pay rise equivalent to £3.50 per week is all the country can afford at present, apparently. Perhaps some of those £6,000+ a day consultant fees could help fund the NHS or some of the billions spent on the world beating Test Track and Trace can be recovered to help?

In his budget speech the Chancellor did not mention the word Brexit once, which is remarkable considering we exited the EU, Single Market and Customs Union and the transition period ended on 31st December 2020.

It was reported that the Chancellor was considering an online sales tax on Amazon and other major online retailers to help the UK pay for the cost of the pandemic but there was no mention of this in the budget.

Times are undeniably difficult, and I do not envy the Government, the Treasury, or the Chancellor in these extremely challenging circumstances. The support given during the pandemic was wholly necessary and credit is due for the efforts made and protections put in place, even if they were not perfect. There is no doubt that the measures have saved jobs and businesses.

It is a very frustrating situation, made worse by the Governments failure to take the coronavirus seriously at an early stage. The Government failed to heed the warnings from the World Health Organisation or learn from the images broadcast from Northern Italy. By trying to protect the economy we suffered a greater impact on public health. The Government made the wrong decisions, reacted too slowly and ultimately made the economic impact greater by requiring extended lockdown measures as case numbers repeatedly surged.

The budget March 2021 was dominated by the coronavirus. On budget day the chancellor was trying to sound upbeat whilst still managing the ongoing pandemic. You cannot help but be concerned at the state of the public finances, the economy and the prospects that lie ahead.