Sons and Drugs and Rock and Roll

Posted on October 19, 2015 by Nigel Grayson-Thorne 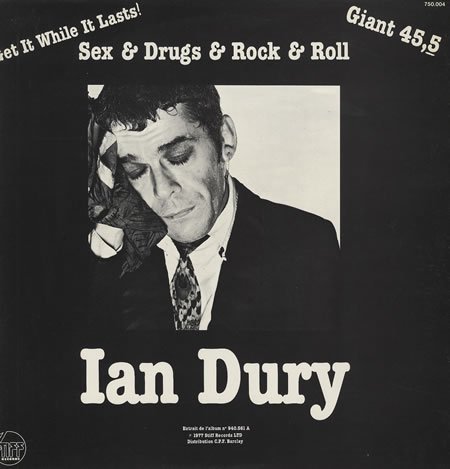 With Sons and Drugs and Rock and Roll as the title of this post, those of you old enough and/or lucky enough to remember Ian Dury and the Blockheads will think I have misquoted, but no, the word swap is intentional.

In my experience a lot of SME businesses have family members as employees, working alongside other family members and this can work fine and be beneficial. Generally you would like to think you can trust your nearest and dearest and a similar level of trust can be built up with long-term employees over the years.

I remember working alongside an MD’s son at a sportswear design and manufacturing business many years ago and how the MD gave his son a hard time just to prove to all the other employees his son didn’t get special treatment. Most of the other employees actually sympathised with the MD’s son, so it worked. I have seen it the other way though where perfectly capable employees have been selected for redundancy whilst relatives were kept out of the selection pool despite their only positive attribute (if you could call it that) being they were related to the business owners.

I told one MD he should retain his best sales person (who wasn’t related) and consider making his worst salesperson (who was related) redundant, which didn’t go down well at first, but that’s what happened and what should have happened. Say it how it is, even if the truth is unpleasant and not what you want to hear.

I think when you are running a business, if you can harness the positive attributes from working with and employing family members, then this can be a great benefit to any business. Equally you have to be aware that all employees, related or not, should be treated the same and enjoy the same benefits and working relationships, anything else can be damaging to your business and even costly. If you employ family members, then they are employees just the same as other employees in every respect.

At one manufacturing business I was writing up and posting the cashbook which involved going through the company cheque book and posting the cheque payments to the ledgers. I moved through the cheque stubs methodically in sequence and noticed a missing cheque stub in the number sequence. I examined the cheque book, which was perfectly intact, so I went through the whole book noting down several missing numbers which I then reviewed against the bank statements. All of the missing cheque numbers had cleared the bank and they were all round numbers, no pennies. Long story short, the son of the MD who worked at the business was meticulously removing the cheques including the cheque stub from the cheque book, forging his father’s signature and cashing the cheques to fund his drug habit. Honestly, aside from the missing number sequence you would not know the cheque book had been touched, such was the precision used to carry out this theft. The theft was spotted immediately and the damage to the business was relatively minor. The damage in the relationship between father and son was far greater but the son received support and time is a great healer.

This isn’t the only instance that I have witnessed where a son was employed by his father where the son stole from his father’s business. Thankfully it’s not something I have encountered frequently. Cash, stock and even data is a target for thieves and this is more the case in the digital age where data can be high in value.

The best way to manage these kinds of risks is to have robust systems in place and make sure all employees, including relatives and long serving employees, are treated the same.